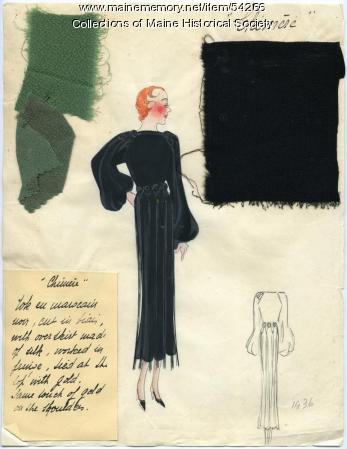 The "Chimere," a design from an unidentified Paris fashion house in 1936, is described as being made of "Marocain noir, cut in bias, with over skirt made of silk, worked in frinoe, tied at the top with gold. Same touch of gold on the shoulder."

The drawing was one of a number of Paris fashions among the belongings of Mildred Burrage (1890-1983), who had studied and worked as an artist in Paris in the early 1910s. She probably received the drawings from a friend.