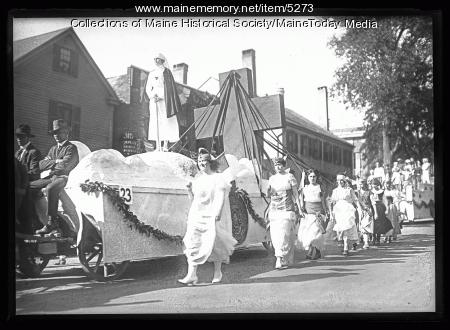 This is one of many floats that were part of the Maine Centennial Parade, July 5, 1920 in Portland.

This float #23 celebrates the nurses serving in the American Red Cross. It was entitled,"The Mobilized Humanity of the World" and t received second prize for artistic effect in the Historic Floats Parade.

This photograph, along with others featuring the July 5th floats, was on page six of the Tuesday, July 6, 1920 issue of the Portland Evening Express with the title, "Picturesque Photographs From Monday's Gorgeous Floats Parade."