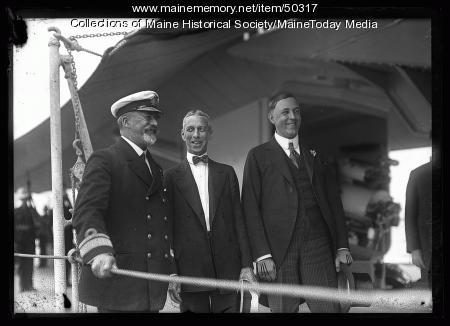 Admiral Allan F. Everett, of the H.M.S. Calcutta stood with Charles B. Clark (center), mayor of Portland, and Governor Carl E. Milliken aboard one of the ships.