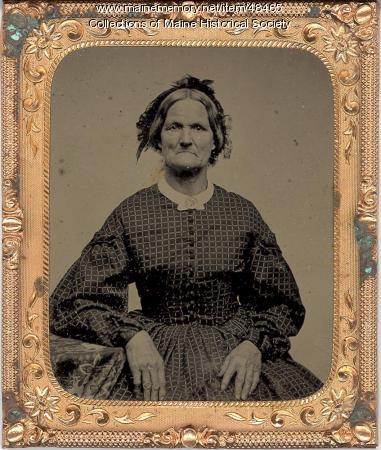 Alvira Parkhurst of Unity was married to Hale Parkhurst, a Unity farmer and licensed innholder.

Alvira Small was Parkhurst's second wife. He appears to have had two children by his first wife. He and Alvira had five children.

Parkhurst, whose father, Nathan, settled in Unity in 1793, was one of the wealthiest farmers in the town. The Parkhursts were active in Unity Union Church.