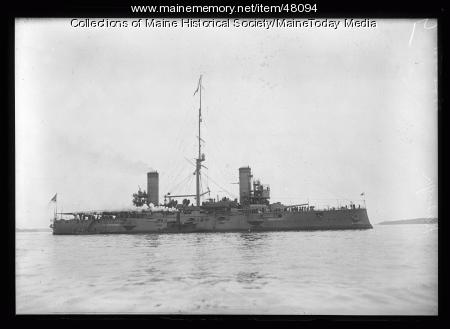 The Kasuga warship, built in Italy in 1902, belonged to the Japanese Imperial Army.

It was a cross between a battleship and a cruiser, with the armor of the former and the speed of the latter.

The Kasuga came to Maine for the centennial celebration, June 25-July 5, 1920.

A photo nearly identical to this one was on the front cover of the Saturday, July 3, 1920 issue of the Portland Evening Express.