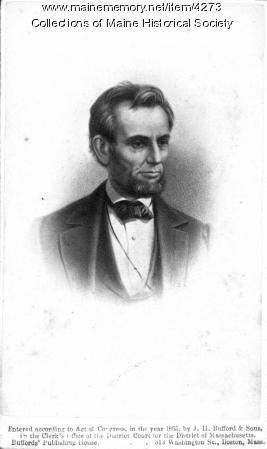 Abraham Lincoln, the 16th president, was born in Kentucky and moved to Illinois as a child. Largely self-educated, Lincoln became a lawyer, served in the Illinois legislature, and gained a national reputation while losing a campaign for the U.S. Senate in 1858.

His election as U.S. President in 1860 prompted eight Southern states to secede from the Union, despite Lincoln's assurances that he had no authority to end slavery.

His presidency was consumed by the Civil War. He was re-elected in 1864, but assassinated in April 1865, little more than a month after his second inaugural and the Union victory in the war.