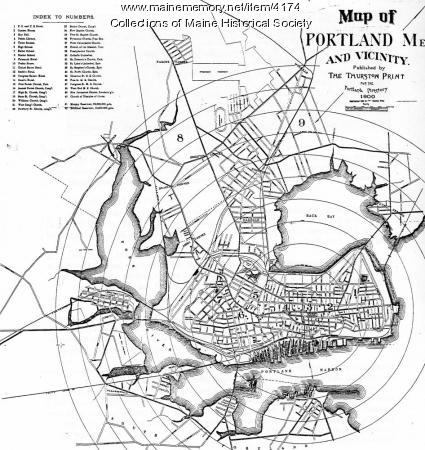 Many of the neighborhoods shown on this map had existed for many years, but had been separate towns or communities. Stroudwater, for example, still has many houses dating from before the American Revolution.

Other areas, like the one around Baxter Boulevard, developed new neighborhoods at the beginning of the 20th century. In all these cases, the city limits of Portland expanded to accomodate them.

Bridges connected the peninsula to these areas, while technology, such as the horse-dawn and electric trolleys, encouraged people to build homes off the peninsula.