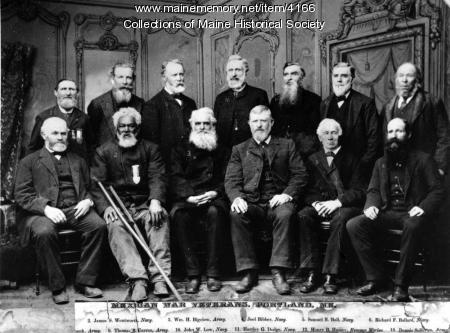 Thirteen Portland veterans of the Mexican War, which was fought from 1846-1848, pose for a photograph.