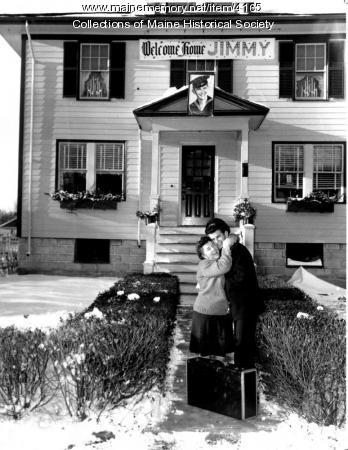 Approximately 93,000 Mainers served in the armed forces during World War II, while thousands more worked in defense industries throughout the state. After the Japanese surrendered on September 2, 1945, women and men, such as this Portland sailor, James F. Keeley, picked up the threads of lives interrupted by war.