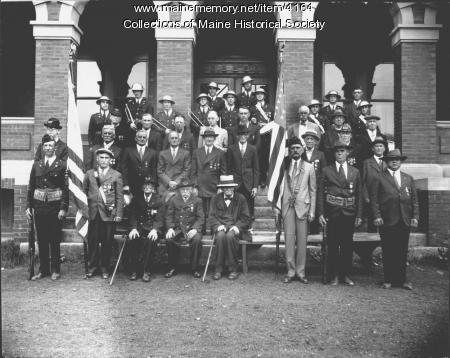 Also in the photograph are veterans of the Spanish-American War and World War I.

Both Pray and Gunnison later lived in Kittery.