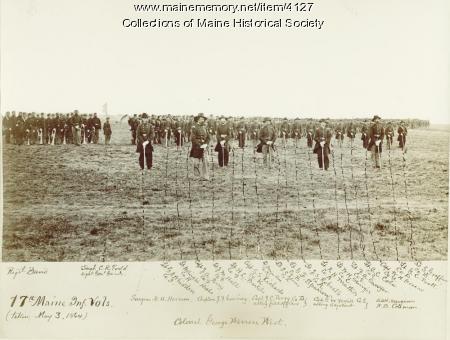 The 17th Maine Infantry is pictured on May 3, 1864, with some of the men identified. The photo was taken in Northern Virginia on the day the regiment broke camp to begin its summer campaign.

At left is the regimental band.

Col. West, whose home in Portland is now the Children's Museum, suffered a number of serious injuries during the Wilderness battle.