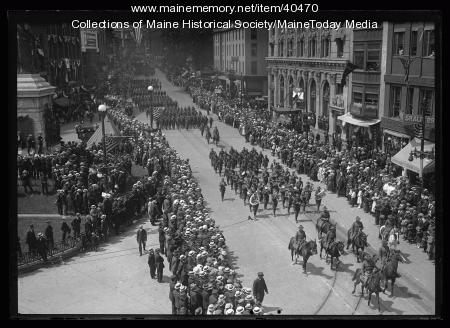 During the Maine Centennial celebration on July 5th, 1920, the "Military Parade" came second, following the "Parade of the Horribles and Antiques." Bands from the Second Band Coast Artillery, British "Calcutta," Japanese "Kasuga," Portuguese "San Gabriel," Battalion Marines and Sailors of the U.S.S. "Utah" participated in the parade, as well as bands from of the Third Maine Infantry Regiment, and the American Legion Band.