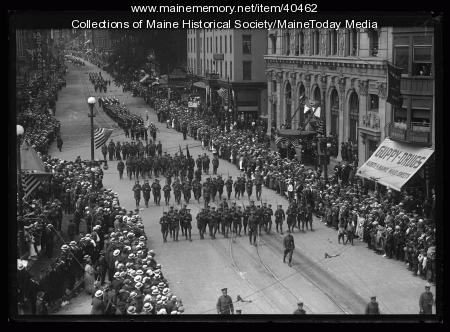 The military parade that was part of the 1920 celebration of 100 years of Maine statehood included the bands and crew from four naval vessels: the British ship Calcutta, the Japanese ship Kasuga, the Portuguese ship San Gabriel and the U.S. ship Utah.

In this image, the Japanese contingent is in the background. The British band and battalion of marines and seamen from the Calcutta are in the foreground.