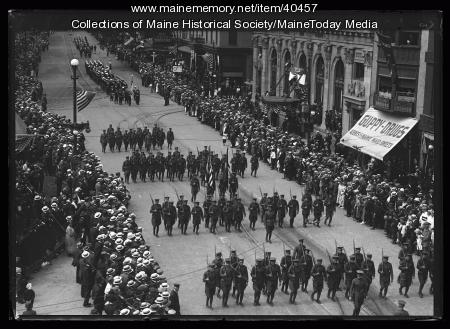 As part of a celebration of the centennial of Maine statehood, a large parade took place in Portland on July 5.

The route went from Federal Street to India, India to Congress, Congress to Washington Avenue, Washington to Cumberland, and Cumberland to Congress where the column passed in review at the City Hall, finishing on Pearl St.