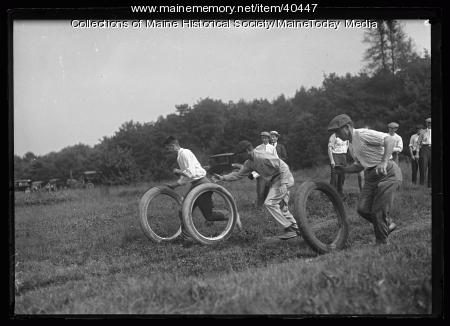 The Portland Evening Express published an article about the outing on August 13, 1920.

The day featured other games, Chandler's Band, a clambake and lobster dinner, and a trip to Old Orchard Beach to ride in Harry Jones' biplane.