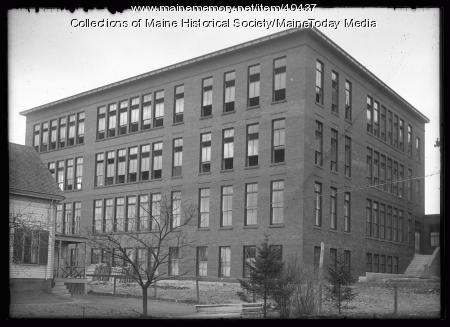 The Deering High School annex was completed in or about 1915. A fire on May 20th, 1921 destroyed the main school building, killing one fireman and injuring six others. Since the Annex was only slightly damaged, classes were held there, and in local churches until the new school opened in 1922.

The Deering High School fire was the Portland's fourth school fire that year. The Peaks Island school was destroyed the previous month, while the Presumpscot Street and Monument Street schools were also damaged by fires.