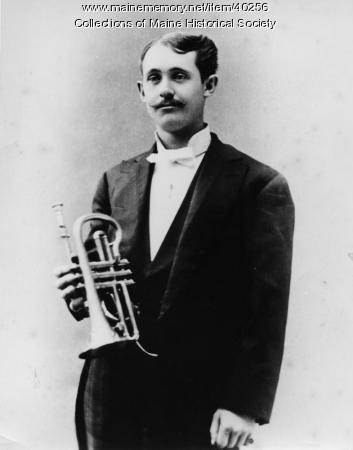 Robert Brown "R.B." Hall composed 62 marches and was well known as a promoter of bands.

Hall (1858-1907) was born at Abagadasset Point in Bowdoinham. His father was his first cornet instructor. Later, he worked in a shoe factory to pay for lessons.

By age 16 he was playing solo performances. At age 19 he was appointed leader, arranger and soloist of the Richmond Cornet band, and later joined Thomas Baldwin's band in Boston. He rebuilt the Bangor Band and wrote his first marches there.

His greatest marches include "Fort Popham," "New Colonial" and "Independentia." His best known march is "Officer of the Day."

The last Saturday in June is known as "R.B. Hall Day," set aside to honor a "great Maine composer."