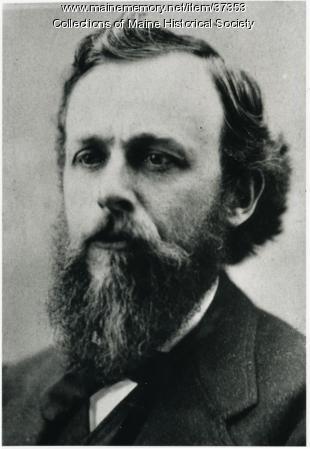 Edward Sylvester Morse (1838-1925), a native of Portland, was a member of the Portland Society of Natural History from age 17 and interested in collecting shells.

He worked briefly as a draftsman at the Portland Company. He studied with Louis Agassiz at Harvard starting in 1859 and spent his life working in the field of zoology. He moved to Salem, Massachusetts, in 1866.

Morse, a founding member of the Portland White Mountain Club, was interested in hiking and the outdoors.

After traveling to Japan in 1877, looking for natural history specimens, he became known as a collector of Japanese pottery and knowledgeable about Japanese homes and material culture.