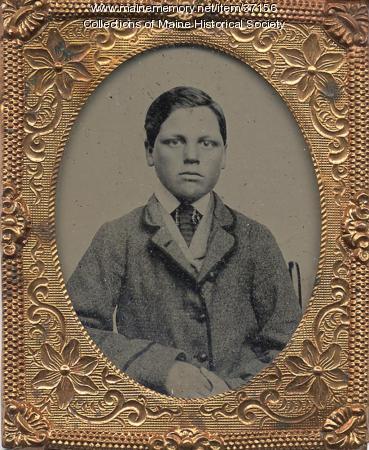 This is a tintype portrait of Alney Chase as a young man by an unknown maker.

Tintypes, also known as melainotypes or ferrotypes, gained popularity over other forms of portraiture in the mid-1860s because they were cheap, sturdy, and easy to transport.