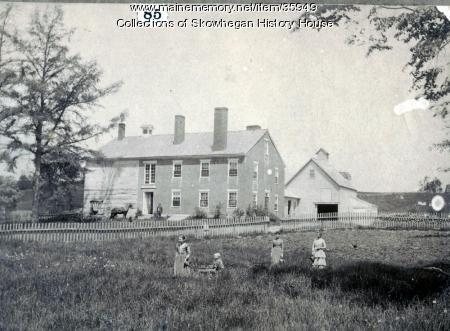 "At Norridgewock, five miles from Skowhegan, were located the Court House and the building shown in this picture during the time that that community was Somerset's shire town. Skowhegan became the county seat in 1871 and the Court House was built there in that year. The jail shown in this picture remained in Norridgewock until 1895, when the new structure at the corner of Court and High Streets, in Skowhegan, was built.