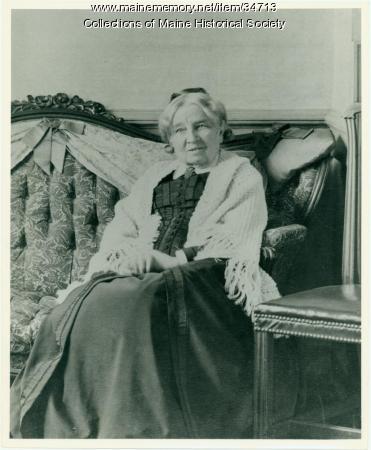 George Pierce died in 1835 of typhus and Anne Pierce moved back into her family home on Congress Street in Portland, where she lived the rest of her life.

She bequeathed the house to the Maine Historical Society as a memorial to her brother, poet Henry Wadsworth Longfellow, and specified that the society build its headquarters on the property.