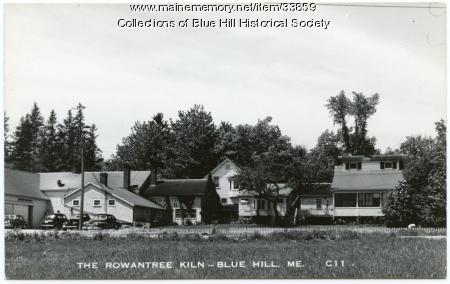 Rowantrees Pottery was founded by Adelaide Pearson, a Blue Hill resident who was a world traveler, musician, archaeologist, author, lecturer, and philanthropist. She offered art classes at her home in the 1930s and then in 1934 built a kiln on her property. Shown here in the 1950s, Rowantrees pottery grew to become an important commercial pottery that employed and inspired many Blue Hill residents. The pottery became widely known throughout the world.