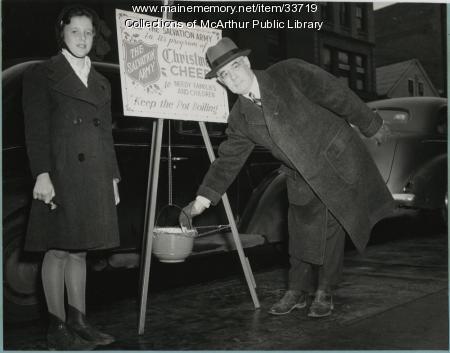 Mayor Louis B. Lausier kicks off the Salvation Army's Christmas collection in Biddeford, 1941. Lausier, a democrat, served for 15 consecutive years as mayor, from 1941-1955. He sought a 16th term, but was defeated in a primary election. Nicknamed "Papa" Lausier by some, he was a well-known and sometimes controversial figure in Biddeford politics and a lifelong resident of the city.