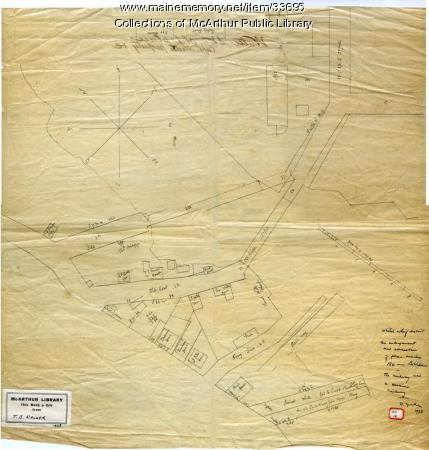 Plan of White's Wharf district of Biddeford, showing streets, homes, and other landmarks in the area during the 1840s. Writing on back of plan original to map says "Water St. old plan - Capt. Whites property +c." Includes buildings of York Manufacturing on Cutts or Factory Island in Saco, and the homes immediately along the riverbank on Water Street. A notation on the map from 1938 states: "White's Wharf district - an enlargement and correction of plan marked 184-- Batchelders -- The railway was a marine railway -- D. Yorke 1938." This is the only known record of the railway and rail house. Samuel White, ship master, owned the wharf and the buildings upon it.