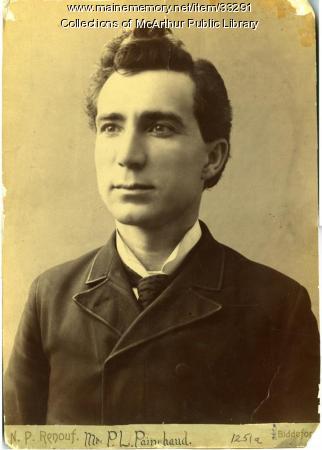 Pierre Painchaud was the most talented and certainly the most famous Biddeford musician throughout the 19th and early 20th centuries. He was born in Walton, Canada, in 1852, the grandson of Anna Matthews, the only female member of the London Symphony. He started Painchaud's Band in 1870, which quickly became known as one of the best bands in New England. He also acted and taught music as well. His entire family was musical, and for many the Painchaud name was synonymous with the arts in Biddeford. He died in 1909, at age 57.