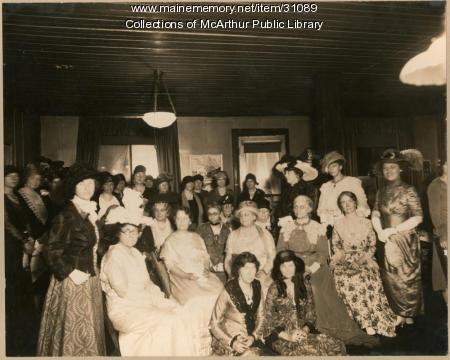 Attendees of the New Year's Party for the Thursday Club, Biddeford, on January 2, 1930.

The club had a tradition of tea parties in which the attendees dressed in period costume.

Formed January 4, 1894, the club's motto was "Good the more communicated, the more abundant grows." As described in their History by President Maud Kendall in 1910, their club work was in every department of worthy endeavor, social, civic, political, artistic and scientific.