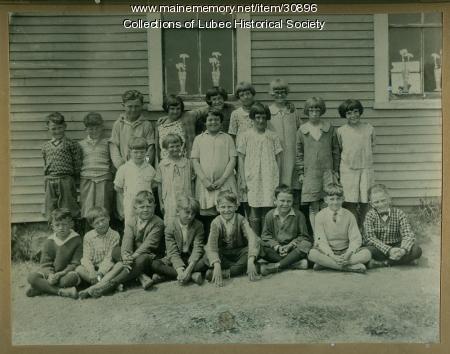 Children at the elementary school near the north end of South Lubec Road, known as the "Hornet's Nest." It is said to have been the only Lubec school building with its roof peak running parallel to its road.

The dating of the image is determined from the appearance of student Raymond Burns, known to have been born around 1922.