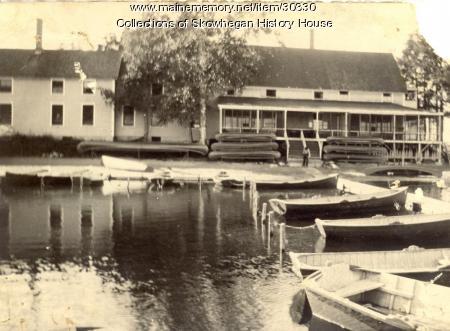 Mohican house, a seasonally operated hotel, was built by George Washburn in 1892.

The lake at that time was called Pooduck Pond. Washburn didn't care for that name and took the liberty of renaming it after himself, Lake George.

The hotel received a major upgrade in 1901 when the Tuttle brothers, Warren and Charles, bought it. Later, the site was converted to a summer camp for boys and girls, Camp Modin, and is now the Lake George Regional Park.