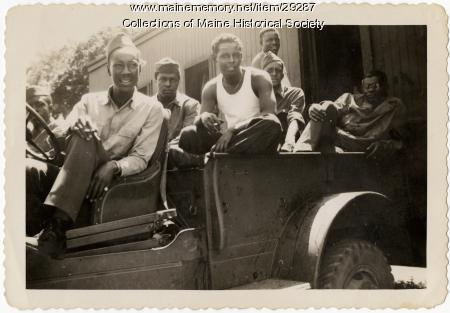 A group of African American soldiers who were stationed in North Yarmouth during World War II posed in a truck in front of the box cars where they lived at Route 9 and North Road.

The soldiers were guarding a Grand Trunk Railroad bridge in Dunn's Corner, North Yarmouth, to preserve access to Canada by rail in case the ports were bombed.