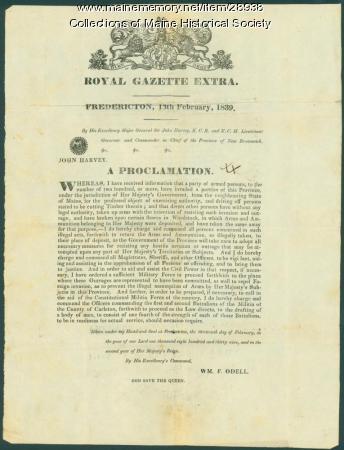 A proclamation issued in Fredericton, New Brunswick, Feb. 13, 1839, noting that the government will take action against "armed persons" from Maine who were cutting timber on Canadian land.

The proclamation asks that New Brunswick residents who took Royal arms and ammunition to defend against the intruders return them and states that a militia will be formed to handle the problem.