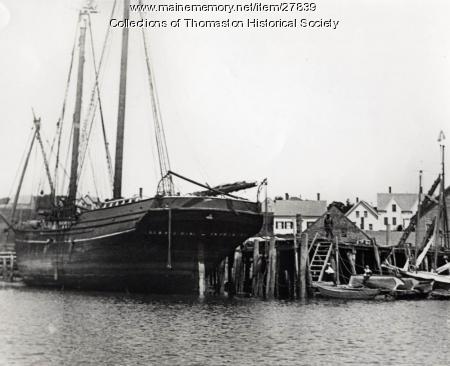 She was lost in a storm on January 15, 1905 off the coast of Rye, New Hampshire. At the time, the crew was rescued and the vessel was beached. A portion of the schooner's hull was revealed after a storm in 1998 redistributed the sandy beach in which she lay buried.

In this photo the vessel is secured to a wharf in Singer's shipyard on Water Street in Thomaston. Behind the schooner is Water Street, which is lined with 19th century shipworkers' and riggers' houses.