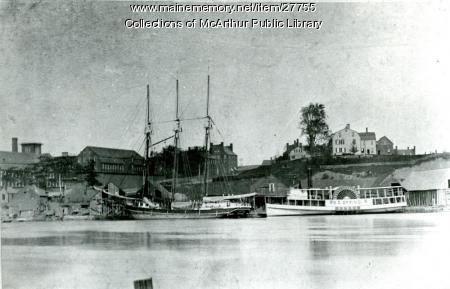 This excursion sidewheeler steamer is docked at Factory Island Wharf. The York mills are in the background at the left, and to the right is the Cutts Mansion. The steamer ran on the Saco River from Factory Island to Camp Ellis, then Biddeford Pool.

Alongside the S.E. Spring is a three-masted schooner.