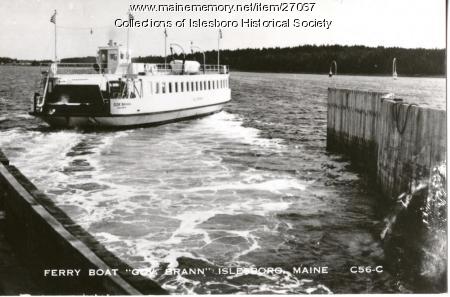 This photograph shows Islesboro's first ferry, the Governor Brann, pulling out of the Islesboro docking area. The Governor Brann was built in Rockland, Maine, and could originally hold ten passenger cars. After three months of use, the ferry was taken to Rockland and expanded to carrying twelve cars. The Brann was in service from 1936 to 1959.