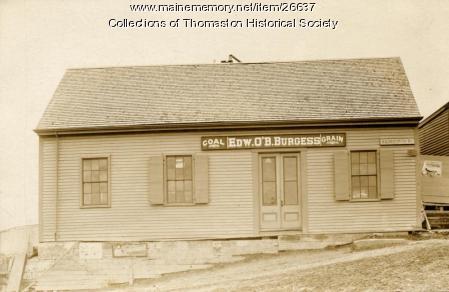 Situated at the foot of Wadsworth Street, just prior to the George's River bridge, it was near the site of the original trading post built in 1630. The building no longer stands.