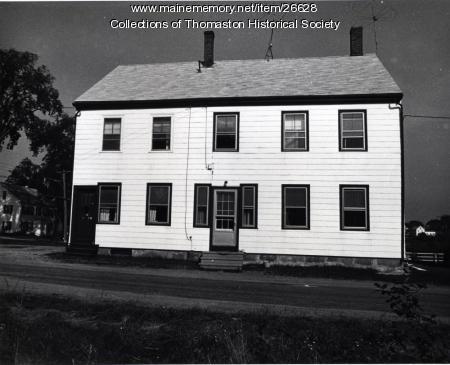 Built in 1794 by Captain John Rider (1846-1915) for the Knox family, this house on Pine Street was occupied by Knox’s son, Henry Jackson Knox, and son-in-law, General Thatcher. The original ceilings were reported to have been 12’ downstairs and 9’ upstairs.

Brown Stimpson, apothecary, manufacturer of cordials and the celebrated Stimpson Pills, later occupied the house. Stimpson’s 4th child, a daughter, was named Caroline Knox, in honor of General Knox’s daughter. His son, Charles W., built the Stimpson business block on the north side of Main Street.