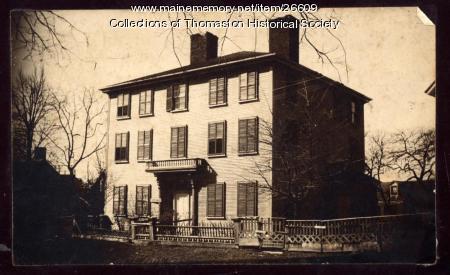 The Monk Humphrey Hatch House on lower Wadsworth was built for General Knox by Howland Rogers in 1796 and 1797.

The house retains the names of Robinson Monk and Henry B. Humphrey, who jointly owned and controlled it for many years, and Nathan Hatch, who at one time owned half the house.

During the period that Henry Humphrey and his wife, Pastora Mason, lived in the house, it was renovated and filled with lavish furnishings, books, paintings and items collected while they traveled.

The house was removed due to neglect around 1939.