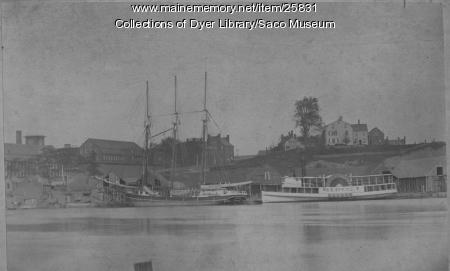 A three-masted schooner and the steamboat S.E. Spring. The boats were moored at a wharf on the lower side of Indian Island, also known as Cutts Island. The island is now called Factory Island and is only four miles away from the Atlantic Ocean, located within the Saco River.