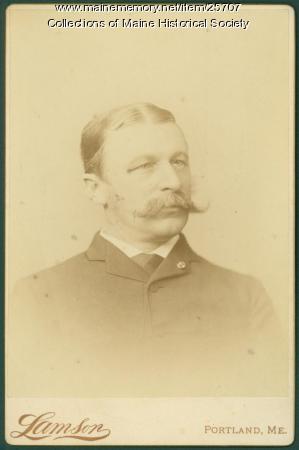 John Marshall Brown (1838-1907) of Portland and an 1860 graduate of Bowdoin College, served in the Civil War, afterwhich he joined his father and brother Philip in the family's real estate business, J.B. Brown & Sons. Brown was an active member of many Portland social organizations and societies, including the Maine Historical Society, where he is credited with stewarding MHS' move from Brunswick to Portland.

Gen. Brown and his wife Alida Carroll are the namesakes for Maine Historical Society's Brown Research Library. The library was originally built in 1907, the same year Brown died from appendicitis at Thornhurst, his Falmouth Foreside estate. The library was named for the Browns as part of its centennial restoration project in 2009.