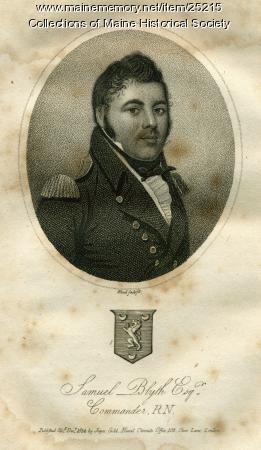 Samuel Blyth (1783-1813) of the British Royal Navy, commander of the Boxer was killed in September 1813 in a battle with the American brig Enterprise, whose captain, Lt. William Burroughs, also was killed.

The two men were buried side by side in Portland's Eastern Cemetery in a funeral with military and civic honors.