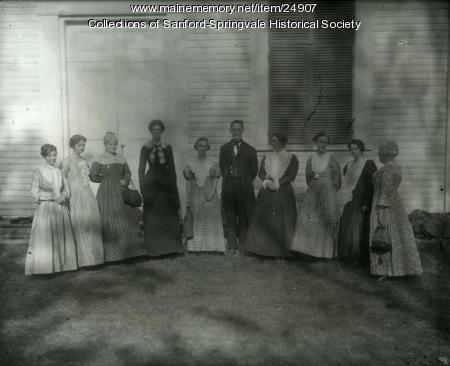 The Old Peabody Pew is a two-act romance story set in a fictional town called Edgewood, located along the banks of the Saco River. The main character returns nearly penniless years after seeking his fortune to marry the girl he left behind.