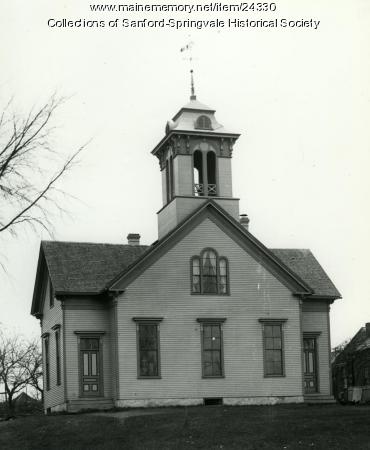 Built around 1881, Limerick Academy is located on Main Street in Limerick. The school was originally chartered in 1803.

According to Harry Kinsley, the historian for the Limerick Historical Society, the academy burned twice, once in 1851 and again in 1870. During the 10 or so years after the second fire the academy operated out of the former brick Town Hall, on Main Street, while the building which stands today, in 2013, was constructed.

The academy had two courses of study, classical and general. The classical course taught Greek and Latin and helped students to prepare for college. The academy was a private, paid institution, which in the mid-1800s advertised for students as far away as New York City, as well as locally.

The academy closed in 1926, after the K-12 public school was built on Washington Street, and the Independent Order of Odd Fellows moved into the former academy space. The Limerick Historical Society has owned the building since 2003.