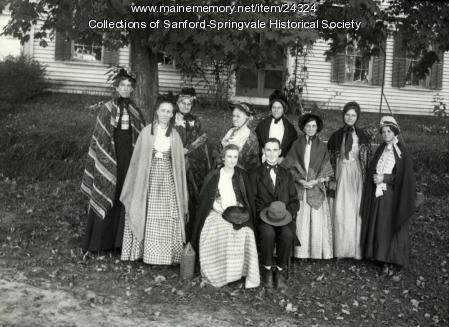 "The Peabody Pew," was written by Kate Douglas Wiggin at the Tory Hill Meeting House in Buxton. The two act play is a romance, which takes place in a fictional town called Edgewood located along the Saco River. In this play a young man goes to Detroit to seek a fortune so that he can marry his sweetheart. Upon his return, ten years later, the young man is near penniless and hopes that he might win the heart of his former flame once again anyway.