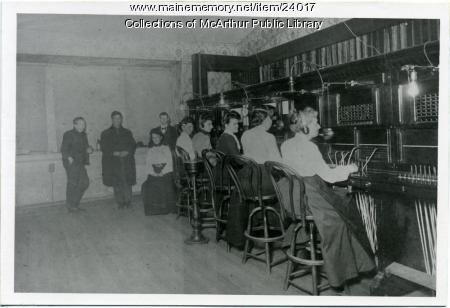 Around 1900 the Biddeford Telephone Exchange was located on an upper floor of what is now 156 Main Street, Biddeford.

The "Biddeford & Saco Telephone Exchange" was established about 1880, at which time there were only 35 phones in both cities.

The exchange moved to the Biddeford Journal Building at City Square in 1908.