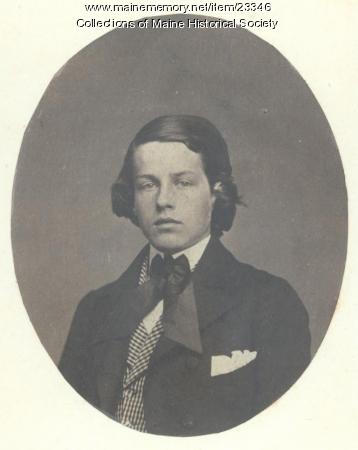 He was elected class orator at graduation. Following graduation, he studied law in Portland before joining the 20th Maine Infantry as a First Lieutenant in August of 1862.

He participated in the Civil War battles of Fredericksburg, Chancellorsville and Antietam, among others.

In June of 1864, after a series of promotions and regiment changes, John Marshall Brown was wounded during a conflict before the battle of Petersburg, Virginia, followed by an honorable discharge in September of the same year.

Upon his return to Portland, he joined his father’s sugar importing business, J. B. Brown & Sons, along with his older brother, Philip Henry Brown.