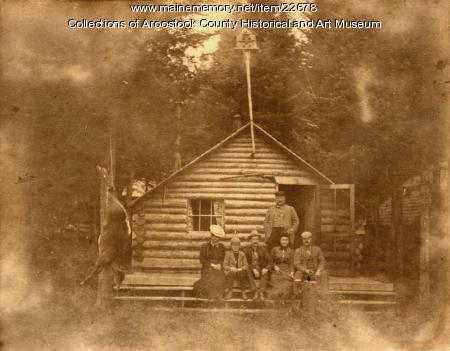 Note the white tail deer hanging from the tree, left; the rifle on the wall of the cottage; and the bird house.

John B. Madigan was a lawyer in Houlton and served as an Associate Justice of the Maine Supreme Court from January 1916 until his death on January 19, 1918.

Frederick Alton Powers was a lawyer in Houlton, a Representative in te Maine Legislature, a State Senator. From 1893 - 1896 he was Attorney-General of Maine. Frederick Powes was a Justice of the Maine Supreme Court from 1900 to 1907.

James Kidd Plummer was an organizer and later president of the Houlton Trust Company.