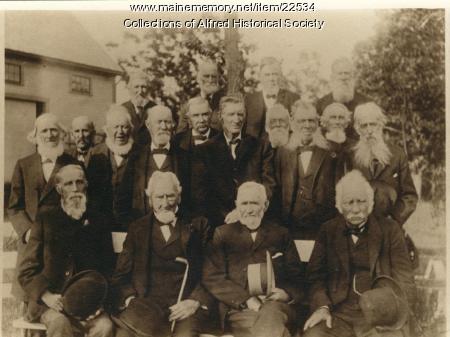 A group of elderly men who were invited to celebrate B.C. Jordan's 80th birthday. They called themselves, "The Alfred Brotherhood."

The picture was taken outside B.C. Jordan's home. He is second from the right in the back row.