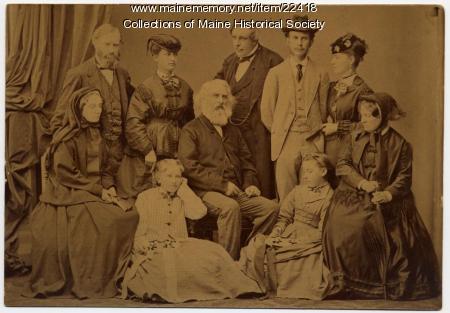 The photograph was taken in Venice, Italy, in 1869.