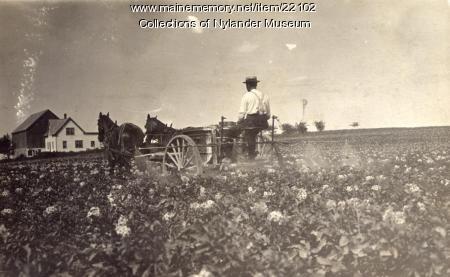 Spraying potatoes on A. O. Jepson's farm on Route 161. Potato plants in Aroostook County were sprayed for the Colorado potato beetle. Farmers sprayed the plants with a solution of water, lime, blue vitriol (copper sulfate) and arsenic. Note the potato blossoms.

This photograph is from samlat 6.