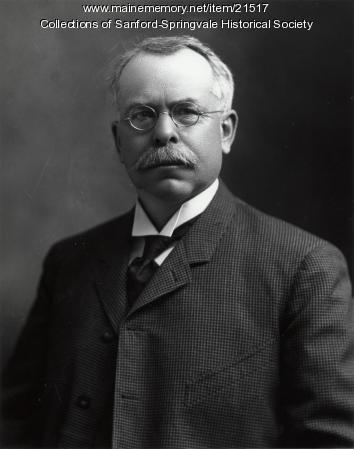 Louis Bertrand Goodall (1851-1935) worked for the family business -- the Sanford Mills -- as paymaster, then superintendent.

The Goodall and Garnsey blanket mills were organized in 1874 with Louis B. Goodall as treasurer and superintendent.

On October 1, 1881, he and his brothers, George B. and Ernest M., formed a partnership to manufacture car and furniture plushes. In 1884, the factories became Goodall Manufacturing Company, of which he was treasurer.

He was married to Rose V. Goodwin of Saco and had three children, Lela, Mildred and Thomas.