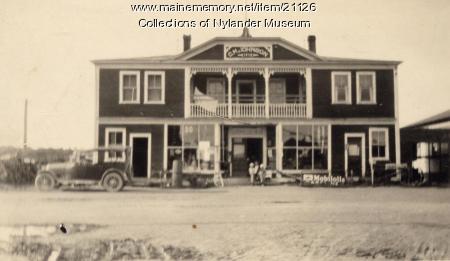 Carl Johnson's store was established in 1919.

This photograph is from samlat 2.